Interview with The Social Norm

14 Questions With Tim Godwin of 'The Social Norm' 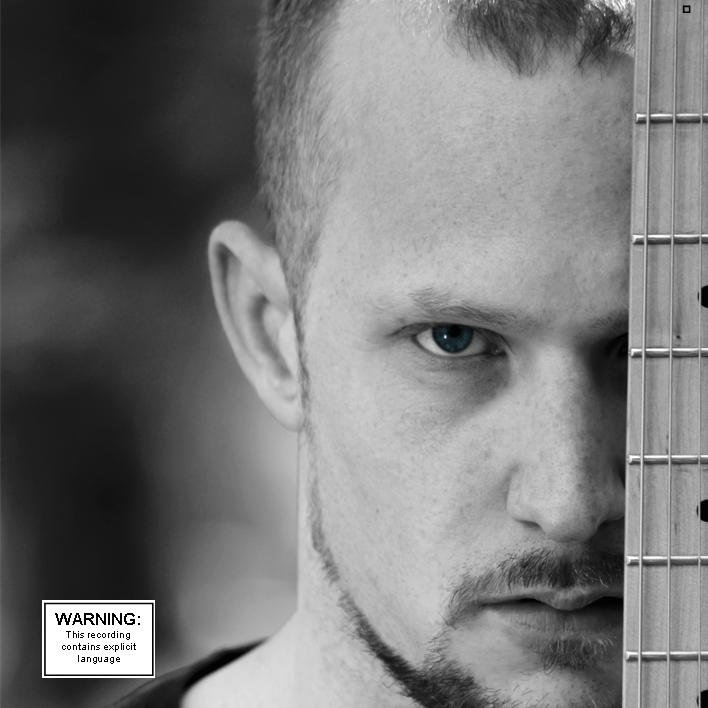 Kostas :: What type of band are you?
Tim :: Heavy alternative rock, often having a dig at current social trends and mainstream politics.

Kostas :: How the name "The Social Norm" came up?
Tim :: Well, I was working with this chick, nice enough, but I clashed with her a bit. Basically she was like a 'Time Line Person'... She had to do certain things as if she was ticking them off on her already planned out life, ie go to uni, get a job, get a husband, find a house, have a baby and had to do it in that order. I wrote a song about her called 'NEVER KNEW' (we still play it) and it had the line 'You want to live the social norm, I want something to frame when I'm gone'. Initially I called myself TG (my initials), but THE SOCIAL NORM I felt was cooler and I dig the irony.

Kostas :: Tell us the brief history of your band.
Tim :: We have only really been a band since January this year (2018). But I basically have been writing and recording THE SOCIAL NORM's stuff by myself and a few other guests artists for a few years now. I lived in this cool little remote town in the southern part of NSW, in Australia for 4 years, and I self produced most of the music we are playing there. I've played drums on records and in bands for years, but now its feels really cool to be fronting my own project. I met Bec (guitar) from touring with her in another band, Shanks (bass) is a good mate and I've played in a few other projects with him and Frankie I met after the launch of a record I played on and he was a mad c*** so I hit him up to play drums. We all gel well together and there's not much bullshit (which is nice). 30mins into the first jam, we knew we could be a band.

Kostas :: So, 3 singles out 'Bitter Sweet Side' -2015, "Yours and Mine" -2015 and "Less Is More". I would like to ask if there are any plans for a full-length.
Tim :: Yeah, we have an EP planned for release in September this year, I think some of my best work to date. Kinda a mix of big synth, grungy rock and 90's NU Metal Vibes. It will be available digitally and on Vinyl- Come to think of it, I'm heading over to Bec's place to work on some guitars later today.

Kostas :: Where do your recordings take place?
Tim :: I self produce all of it. I do most of the recordings either at home, or in my own studio. I have a great relationship with a mix engineer (Alex 'Chachi' Mendoza) who does most of the post production/mixing for us, he is an acoustics nerd and has an amazing mix room and is great to work with. I predominately use Andrew Edgson @ Studios 301 to Master.

Kostas :: Who are your musical and non-musical influences?
Tim :: My musical influences are HUGE, broad and ever changing. The first band I really got into was Korn, I liked a lot of the mainstream pop-punk and Numetal and grunge bands growing up, Blink 182, Limp Bizkit, Nirvana, RATM, SlipKnot . More recently its everything from Weird Indie like Connan Mockinson to Royal Blood, NIN, TOOL, Midnight Oil, Cog, Gary Numan, and a lot of the smaller bands on the Aussie scene who I've met, Arteries, Jugular Cuts, The Ivory Elephant. Overwhelmingly life is a big influence for me. I have a day job which is emergency nursing and I see a lot of fucked up stuff in that gig - the inspiration is endless! That and just poking fun at failings in current social status quo's!

Kostas :: What are your dreams and goals?
Tim :: Quite simple and modest really; build a solid and loyal fan base, who enjoy our music and support us!

Kostas :: Who writes the songs, what are they about?
Tim :: Up until now, me entirely, but we have plans to collaborate in the future. A lot of it I take from life, work or political situations that I'm really frustrated with; but can be interpreted in lots of ways. Writing music is a real outlet for me.

Kostas :: What's your outlook on the record industry today?
Tim :: Bleak. I hate to say it! Esp in Australia. It's really easy to produce music these days and everyone loves it, but no-one pay to hear it. I think that and with the popularity of conservative western government trends, there's less investing in music. On a positive note, you can really be 100% independent and publish your own music now quite easily now, and there are cool little independent vinyl distributing labels that are popping up all the time, and there is an increasing demand for indie music, esp on vinyl.

Kostas :: Tell us a story about a day in your life.
Tim :: I get up around 6am. Make coffee for my wife (she's been up breast feeding our son a lot of the night), check socials and inboxes, maybe sort out some posts for the day. Usually have a few emails to do/mixes to listen to. 7am Walk to work, listen to mixes on the way. In breaks - respond to emails/socials/band stuff. Have a beer on the way home with mates. Hang out with my son, go to rehearsal with my band at 6pm- home @ 10pm.

Kostas :: What do you think of the scene in Australia?
Tim :: Different city by city. But in all its really struggling ATM. Most of the inspiring bands from Australia don't even bother with the Aussie scene. I know some majors have invested a lot into to Aussie artists, but that's more with Aussie music institutions like 'Paul Kelly', 'Neil Finn' etc - people they can repress their old stuff to vinyl and people will buy it, either that or they get established band and produce them to have a 'safer than Durex' sound. We are in Sydney, and the scene had a big blow when the local government put in strict lock out and noise restrictions laws which killed a lot of the live music venues. I was a writers meet recently and it was described as 'the worst it has ever been in this state'- They are currently doing an inquiry into live music in NSW (our state), which hopefully will bring some resolve. Melbourne, however, is one city that has lots of venues that you can play at, and even without promo they'll be full of punters that are there for the music (regardless of the genre). I personally like playing regional shows, because the punters really get into it and love you for coming to their town. A lot of the success of artists is also fairly dictated and regulated by the federal governments youth broadcasting station, 'TRIPLE J' which is very particular about what has that 'Triple J' sound. That and with funding cuts, seldom do presenters take a risk with edgy music. The result is there's ALOT of the same cookie cutter crap written with the sole purpose to have 'THAT TRIPLE J SOUND'. What is cool though is a bunch of small capacity venues are opening up in Sydney. Which is great for smaller bands like us, and really fun to play and go to. You get to drink beer and hang out with the artist/fans almost 1 on 1 and the music is 100% real.

Kostas :: Any schedule of live performance in the near future?
Tim :: Yeah we have a show up in Armidale (little town where I grew up) March 23rd, Then April 27th @ The Hideaway Bar in Enmore and we are playing @ Sydney Meltdown Festival May 19th. We have a few other dates around then that are yet to be released and a bunch later in the year with the release of our EP.

Kostas :: Any word you would like to share with Greek Maniacs?
Tim :: The thought of a roasting Gyros makes me salivate, it's time for lunch!